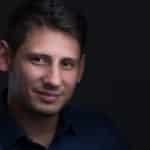 On Posted on June 5, 2020June 10, 2020 by Ryan Salway to Distributed Antenna Systems, Uncategorized

You may have received a specification for a MIMO DAS and not entirely be sure what it entails, it is a lot of acronyms crammed together. Alternatively, you might be considering ways in which to deploy a top-end DAS system. This is really the nitty-gritty detail of DAS topology, you may want to review some basics here prior.

Most DAS systems in a SISO (Single-Input Single-Output) or MIMO (Multi-Input Multi-Output) configuration. This correlates to how many RF Paths the mobile handset must communicate with the base station (BTS).

Most DAS systems for most applications are deployed as SISO. Meaning there is a single path for the RF signal to take from the base station to the user’s handset, which is intuitive and represents the majority of DAS sites in Australia.

A 2×2 MIMO DAS configuration allows for essentially double the maximum throughput, but requires a doubling of all cabling, components and often active hardware. It provides a means of generating extra capacity on site (of which there are often other better value means) and increases the maximum throughput, which can be great for marketing and bragging rights. MIMO in macro towers can extend to much higher orders (you may hear about ‘Massive MIMO’ in the context of mmWave 5G) but typically in DAS 2×2 MIMO configurations are the most common, meaning everything is deployed in duplicate.

MIMO provides for a means to deliver extra throughput to the end-users, and consequently extra capacity (although there are other more cost-efficient ways to deliver capacity). If maximum throughput and bragging rights are what you are chasing, a MIMO DAS is the best option.

MIMO deployments are becoming more common in Small Cell based deployments in which the antenna is essentially ‘smart’ and the need to run multiple cables is no longer required. It’s common to see 2×2 MIMO in Small cells with room to grow into higher-order MIMO being a core technology in 5G and mmWave technology (more on that here)

Interleaved MIMO is a bit more abstract; it involves alternating antennas between RF Path A and RF Path B throughout the property, it offers a lot of the MIMO benefits without the full doubling in hardware requirements. But unfortunately adds significant degrees of complexity to design, implementation, testing and future troubleshooting. It also limits the available upgrade paths for future spectrum as antennas of the same stream will by design be placed further apart. This is an uncommon design with most DAS systems being either SISO or 2×2 MIMO.

The choice of various DAS design elements including the SISO vs MIMO topology is largely a factor of desired performance and budget. Scopes may often call for MIMO DAS which is often excessive for most site ypes, don’t hesitate to contact us if you would like some clarification